How does it work?

Today’s school faces a major challenge. Digitization of its content and its operation. It is important then to redefine the essence of the school in a constantly changing environment.

The school must give students pedagogical and human tools so that they are as flexible as possible to approach the job market.

Pershing education believes that today’s schools face major challenges with the digitization of content and operations. It is therefore important to redefine the essence of schools in a constantly changing environment. The schools must use innovative education methods to teach students so that they are as flexible as possible when it comes to entering the job market.

International expert in the NLI domain. He has lived and worked in seven countries and speaks six languages. Johan is one of the pioneers of the Chatbots that he initially developed, at Artificial Solutions, for IKEA. As an early innovator, he created a new market around Natural Language Interaction, “NLI”, while this technology was still in its infancy. He founded and developed an international technology company dedicated to customer service optimization: “CSO”, with offices in 7 countries and clients on four continents. The Natural Language Interface is intended to become a mainstream technology. It revolutionizes customer support and the way we interact with devices and services. For example, Apple (Siri), Microsoft (Cortana), Google (Google Now) and Facebook (M).
Following a successful IPO with Artificial Intelligence, Johan created Jabberbrain, a software company that aims to bring NLI within the reach of organizations that want agile, easy-to-use, and rapid deployment solutions. Today he is also participating in the Pershing AI adventure. 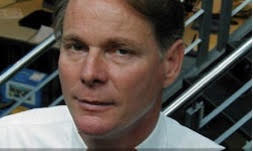 Bruno holds an MBA from Neoma. He spent the first seven years of his career at IBM. Over the next 25 years, he started and successfully managed the French and European operations of high tech US companies, such as Sybase, Brio Technology, salesforce.com and Tableau Software. Bruno Saint-Cast is now a recognized consultant in Business Intelligence, Big Data and Artificial Intelligence. He is also recognized as an author (The White Dolphin) and founder of the Ecuries du Coeur. He joined Pershing AI to bring the most disruptive technologies to match Pershing’s projects, using his extensive contacts.